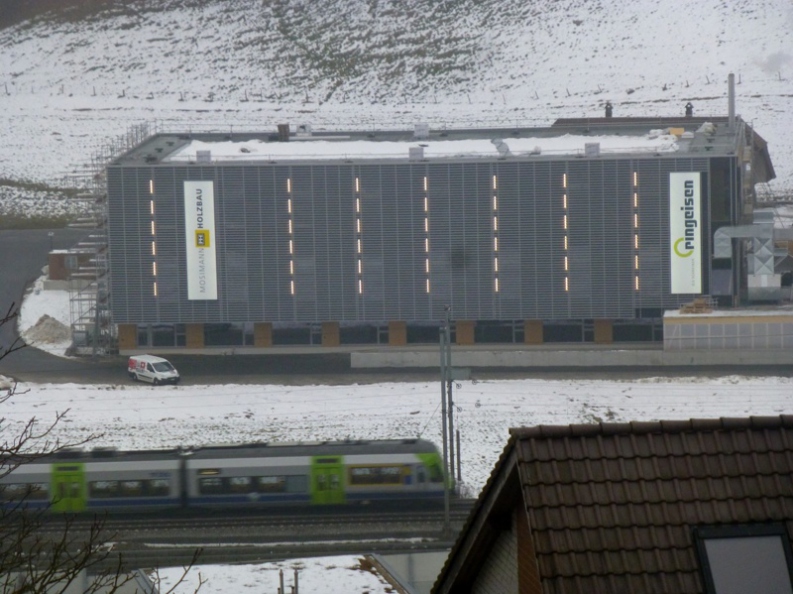 Two symmetrical halls in Oberwangen. The cubes dominate the landscape next to the autobahn. The two mainly two-storey halls are connected by a single roof which also acts as a terrace. This creates a visual link and allows the eye to perceive the industrial buildings as a single entity. In one hall, bicycle pioneer Thomas Binggeli produces the Stromer E:Bike, which he designed, with 80 employees. The other hall houses two independent timber-working companies. Mosimann Holzbau and the Ringeisen joinery with their 40 employees enjoy productive synergies and utilise plant optimally in the new hall. Mosimann Holzbau began life as a contractor in Köniz. Since 2005 it has been part of Hector Egger Holzbau AG in Langenthal. Hector Egger Holzbau AG carried out the construction project as the primary contractor.