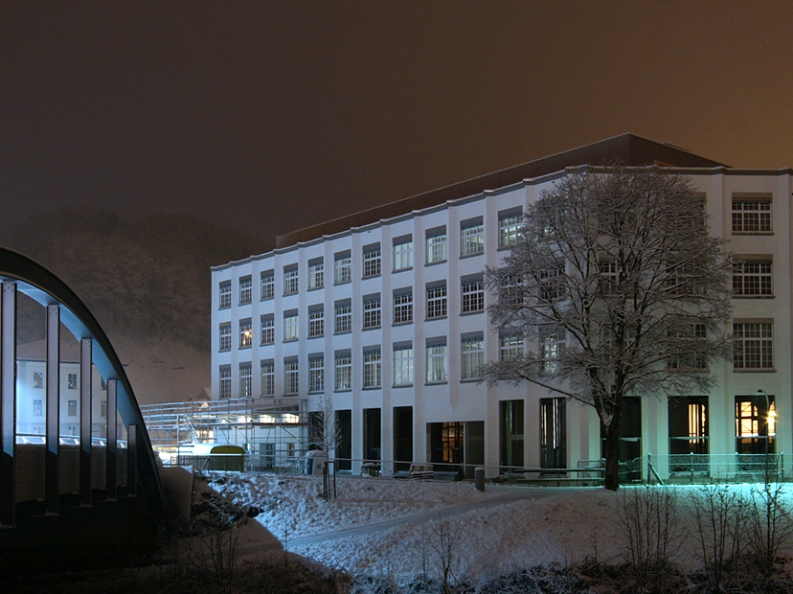 The "Zentrum Rietwis" area in Wattwil was developed on the former industrial site of the Heberlein Textil company. In co-operation with the Environmental Protection Office, the buildings were analysed in elaborate investigations before the beginning of the demolition in order to locate possible contamination and danger areas. The former bleaching plant, a listed building, was also completely renovated in 2010. Concrete renovation was performed and the typical window sections with facade plastering and paintings were renovated. At the same time the building was insulated in the interior with isofloc. The isofloc insulation thus also contributes to noise insulation and good room acoustics.

The architects Balmer and Ziegler in 1926, was given the name "Casablanca" due to its at that time compact and modern appearance with white facade paint.