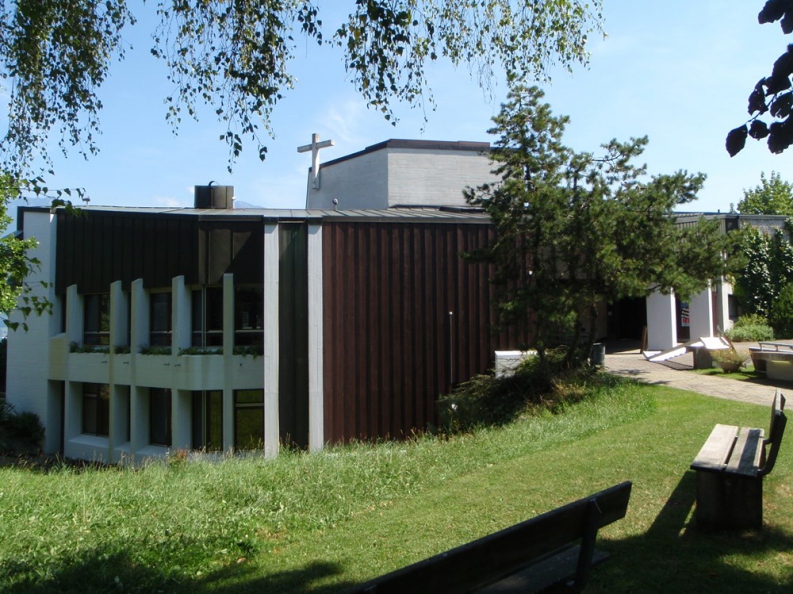 The parish church of Bruder Klaus was built 40 years ago in Spiez BE. The suspended ceilings were provided with minimal insulation, as was usual at that time and around 10 years ago an additional 20 cm layer of isofloc was applied.

The first signs of ageing were witnessed last winter. The suspended ceilings and the structural elements below were inspected. It became quickly clear that the stressed supporting elements required reinforcement. For this, the entire ceiling and insulation was dismantled and disposed of.

Curau AG used industrial suckers to remove the existing isofloc insulation over 4 days and deposited the approximately 50 m³ insulation below the working platform, which extended beneath the entire ceiling surface. Structural reinforcement was installed by Zurbuchen Holzbau AG. Curau AG then began the insulation work and reuse of the old cellulose insulation.

Construction of new chapel in Langenseifen More
To overview of references