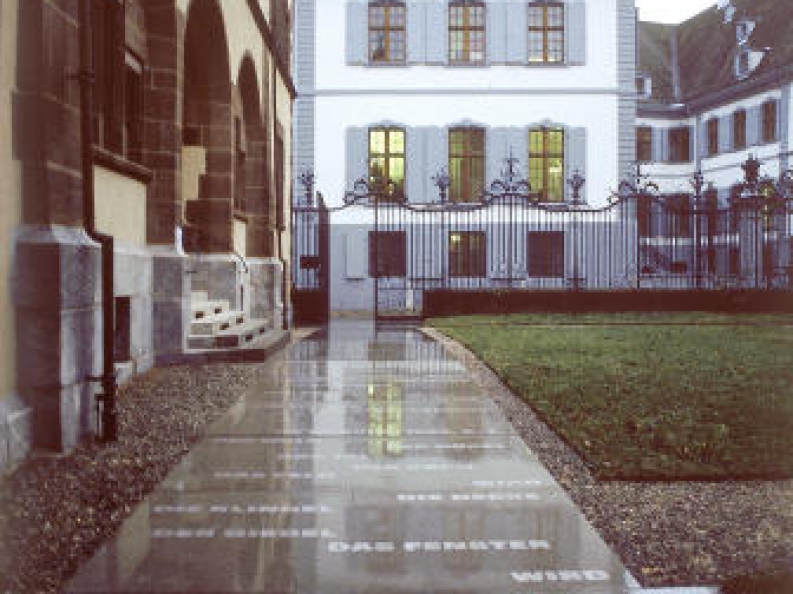 For aesthetic and heritage reasons, the renovation of the roofs and facades became necessary in 1999, in view of the hundred-year existence of the building. As the State Archives building was planned together with the Basel town hall by the architectural office Vischer & Fueter, it was possible to draw on the existing archive documents of Vischer AG Architekten + Planer. In close cooperation with the heritage authorities, the partly weathered natural stones were repaired with mortar applications, damaged pediment crowns were replaced, and the facade plaster was re-structured in accordance with the materials and processing methods typical at that time. The roof was newly insulated with isofloc, an under-roof was installed and practically all roof tiles were replaced. As a result of the lack of space, the attic was able to be turned into a conference room and office. Thanks to its indirect lighting, the open attic space is further enhanced by the light concept developed by Erwin Egli. The building services were improved by the renewal of the fire alarm system and the installation of an alarm system. The courtyard of the State Archives was re-designed, where a new paved path now marks where the old cloister used to be. Together with Vischer AG Architekten + Planer, the artist Rémy Zaugg designed the artwork "An access to the State Archives" – an entryway lined with manuscripts, with metal letter inlays.